Welcome to the website of the Irish Province of Carmelites. Please take some time to explore the site, which features a wide selection of news, articles, and other spiritual and intellectual resources.

WELCOME TO THE THE IRISH PROVINCE OF CARMELITES WEBSITE

Carmelites live and work in 26 nations throughout the world.  We are teachers, retreat directors, chaplains to hospitals and prisons, in parish ministry, counsellors, spiritual directors, and missionaries.

In Ireland, Carmelites have care of one parish in Dublin: Whitefriar Street, which is also an important and historic city centre church.  People come to Whitefriar Street and to other Carmelite churches at Kinsale, Kildare, Moate, Terenure College and Gort Muire to share in the celebration of the Eucharist and other religious services.

Irish Carmelites are still committed to education at Terenure College, Whitefriar Street, Third Level and through CIBI (Carmelite Institute of Britain and Ireland), which provides distance-learning courses on Carmelite Spirituality.

Opportunities for sharing and teaching the Carmelite spiritual tradition also arise through preaching, retreats and occasions of special devotion. The Irish Carmelites established a mission in Zimbabwe in 1946. This has now developed into a vibrant presence, with many young Zimbabwean Carmelites.

The canonisation of Titus Brandsma took place at St Peter’s, Rome, on Sunday, May 15th. This is a great moment of joy for the Carmelite Order, as St Titus has been an inspirational figure to all who walk the Carmelite path for many years.

Here we feature a selection of news stories from across our communities and ministries in Ireland. This section is updated regularly so please check back often for our latest news. To access an archive of all recent news stories please click here.

The following is an update from the Carmelite Safeguarding Office.

The annual Carmelite Pilgrimage to Knock will take place on Sunday, September 11th, 2022. The pilgrimage is a great occasion of community and prayer, an opportunity for the Carmelite family and all associated with us to come together at our national shrine.

In this section, we feature all the upcoming Carmelite Saints & Blesseds Feast Days. In each case, we provide a very brief story of their lives and contribution both to the Order and society in general, together with a short prayer or reflection. We update this section regularly. For a comprehensive look at all Carmelite Saints and Blesseds, please see here. 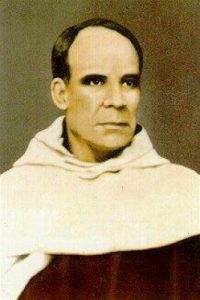 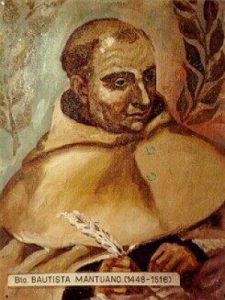 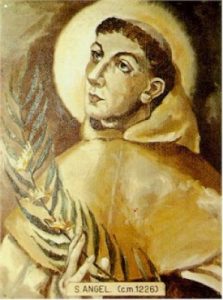 In this section, we assemble all the readings for the coming week and provide a useful reflection on their main themes. We update this section on a weekly basis, so please check back regularly. To see more please visit our full year of reflections here. 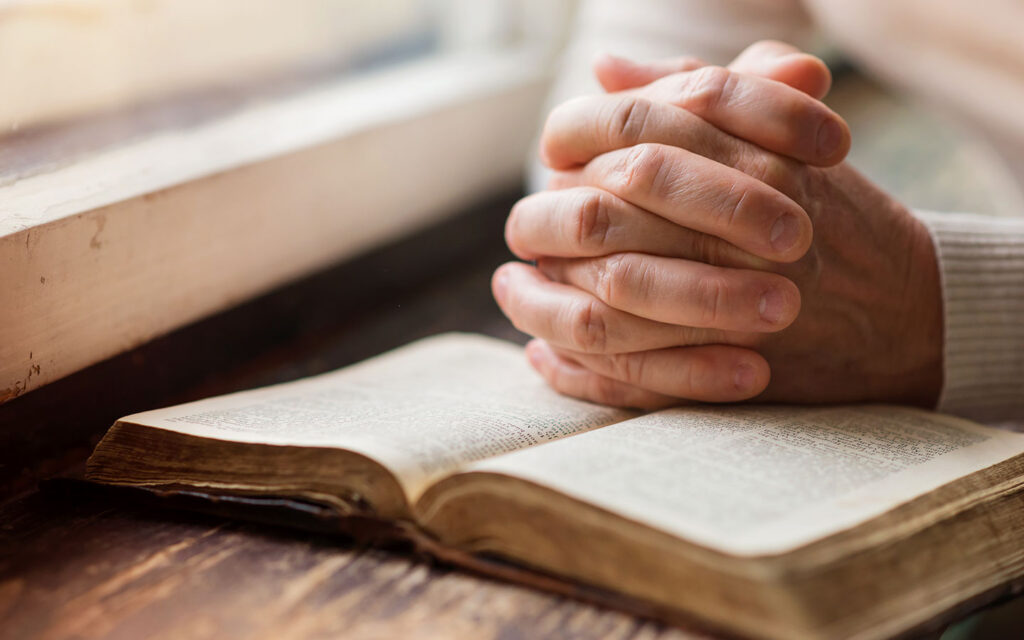 The Fifth Sunday in Ordinary Time

In this Sunday’s first reading the Prophet Isaiah gives us a few simple instructions on how to live our lives, particularly where the poor are concerned. He talks about light shining out for others to brighten their lives. Continuing the theme of light, Jesus tells his disciples that they are the light of the world, but he warns them to be careful about that. They are to preach openly and are not to keep to themselves what they have seen and heard. We are the successors of the apostles, we are the modern day heralds of the gospel and we too have a duty to make that message known to all whom we meet.

St Paul reminds the Corinthians in the second reading that he was no great orator but that what he preached came from his own faith in God.

Today we begin reading from the Book of Genesis and in today’s passage we read of the first four days of creation. The author is not presenting scientific truth but is writing the basic truth that God is the benign Lord of Creation who has a plan for us. The Psalm takes up the theme of creation and praises God for all that he has made. In our Gospel we read that Christ’s fame had spread throughout the countryside and that the people brought to him their sick whom he cured. God created everything there is and he holds all of it in view and so he is aware of our difficulties and the things that afflict us. Being so aware he is ready to help and heal us if we believe and call on him from our hearts.

Paul was born in Japan between 1564 and 1566 and joined the Jesuits in 1580. Along with twenty-five other Christians – both religious and lay, Franciscans and Jesuits – he was tortured and martyred at Nagasaki in 1597.

Today we read of the conclusion of the seven days of creation and in the text we see that humans were the last to be created but they are also the jewel in the crown of God’s creation. Being last created we were also entrusted with the stewardship of the earth, to look after it on God’s behalf. The book is an important reminder about the role of God in creation and of the role of humans to rule over that creation in the way in which God intends. The Psalm praises God for his magnificent creation. In our Gospel text from St Mark we see Jesus at odds with the Pharisees who are being overly concerned with the Law. He admonishes them for clinging to human traditions while not being concerned with the law of God. We are challenged today to listen to the word of God and to carry out its precepts in our lives rather than being interested in what we ourselves want to do or in creating traditions to suit ourselves.

Today we read of the second account of the creation of man from the Book of Genesis and in it we see that the Lord provided man with every good thing in the garden but forbade him to eat of one tree only – all else was his to taste. Our Gospel passage for today is a continuation of yesterday’s in which Jesus was questioned by the Pharisees because his disciples did not purify themselves before eating. His answer to them is that what goes in to a person does not make them unclean – all food is clean. It is what is inside their hearts and minds which makes them unclean and prone to do the wrong thing. This was difficult for the Jews of the time to hear and we know from elsewhere in the New Testament that St Peter himself had to receive a vision before he too preached the same thing. We are all aware of our shortcomings and the image of Adam in the garden reminds us of what we can be and what we must strive for.

Today we read of the creation of woman from the second creation account and we see that woman was created as a helpmate for man who was his equal and whose qualities complemented his. It was also the author’s way of emphasising that marriage is between one man and one woman in happiness. In our Gospel we see a Syrophoenician woman coming to Jesus because her daughter was possessed. Because she was a pagan Jesus told her that the believers had to be helped first but she reminded him that there was plenty of room for everyone at his table. Because of her faith in Christ’s powers her daughter was cured which also reminds us that there are plenty of people who may not belong to our Church but who still have faith and are welcome in the Kingdom. We are to keep in mind that we were created to live together in harmony, helping each other to fulfil our potential no matter what our creed or colour.

In our first reading we read of the temptation of Adam and Eve by the serpent and how it was successful in getting them to disobey God. This is where the Church’s teaching on original sin comes from. The Psalm is a reminder for us to acknowledge our sinfulness before God and to seek forgiveness. In our Gospel we read of the cure of a deaf man with a speech impediment after Jesus calls him away from the embarrassing glare of the onlookers. The Lord uses the word ‘Ephphatha’ which is part of the ceremony of Baptism for infants. The Lord is always close to us and wants to be closer still but we must want that too and we show that by living according to his precepts and avoiding sin.

Scholastica was born in Umbria in the late fifth century and was the sister of St Benedict. She became a nun and eventually was prioress of her monastery near Monte Cassino which she ran under the direction and guidance of her brother. She died in 543 or 547.

The first reading tells us of the expulsion of man and woman from the Garden of Eden because they disobeyed God’s command and lost his divine friendship. In the Gospel we see Jesus feed the multitude with a few small fish and some loaves. This is in contrast to the first reading where Adam and Eve were forced to till the ground and fend for themselves. God wants us to be with him but we can only be with him if we live life according to the Gospel values. The Gospel is also a reminder that we must always help those who are in need from whatever we may have, no matter how little.

Memorial of Our Lady of Lourdes (Optional)

In 1858, fourteen year old Bernadette Soubirous received a vision from Our Lady near the mountain village of Lourdes, in southern France. Initially, people refused to believe her but the apparitions continued. When Bernadette asked the Lady who she was she replied that she was the Immaculate Conception. In time the well and site of the apparition became a centre of prayer as people flocked to it to draw closer to Our Lady and in the hope of receiving a cure. Several miracles have taken place here. In recognition of this, Pope John Paul II named this particular day ‘World Day of the Sick’ in 1992. On this day, special liturgies may be celebrated which include the Sacrament of the Anointing of the Sick.

The Carmelite Order is present throughout the world, made up of people from many different cultures and traditions. What unites the Order is the call to live the threefold charism of prayer, community and service. Have you considered a life in the Carmelite Order?

Please see below some quick links to other sections in the site which you may find interesting.

The Carmelite Library, located in Gort Muire, Dublin, can be accessed by appointment.

The Carmelite Archive, located in Gort Muire, Dublin, can be accessed by appointment.