The Brown Scapular of Our Lady of Mount Carmel

The Carmelites are ‘The Brothers of the Most Blessed Virgin Mary of Mount Carmel’.  Mary is their patron, their mother, and their sister.  The first Carmelites dedicated their chapel on Mount Carmel to her.  Mary’s presence pervades.  The Order becomes her place, her house, in which people develop an intimate familiarity with God.

The Carmelite contemplative vocation, ‘pondering the law of the Lord’ (Carmelite Rule 7), resonates with Mary’s own vocation as servant and handmaid of the Lord.  Mary becomes the model of true discipleship, in the service of Jesus Christ, which lies at the heart of the Carmelite Rule. These points are of inspiration not only for professed members of the Carmelite Order but for all who are touched by Carmelite devotion to Mary through wearing the Brown Scapular.

The Scapular is a symbol of Mary’s protection. It is a reduced form of the Carmelite habit.  It involves ‘putting on Christ’ in our lives and entrusting ourselves to Mary’s protection.  It includes the idea of consecration to Mary. Consecration is properly an act done by God, so that when we say we consecrate ourselves to God and to Mary, we are principally stating that we freely want God’s will to be done in our lives. We want the Lord Jesus to rule all we say and do.  The wearing of the Scapular is a sign that we want the values lived out by Mary to be evident in our actions and dispositions.

Tradition suggests that in 1251, Our Lady appeared to the Prior General of the Carmelite Order, St Simon Stock at Aylesford, England. In this apparition, Our Lady gave St Simon what we call the Brown Scapular, a garment that has become the symbol of the bond between Our Lady and the Order of Carmel. The Carmelites have always been her devoted servants.  but it is important to realise that Our Lady did not give the Scapular just to the Carmelites. She gave it to the whole world so that all her sons and daughters could wear an outward sign of her love for them. As a ‘cloak’ of grace and love, the Scapular represents the protection and security we find in our heavenly mother’s love. Our Lady has given us her Scapular to wear, a garment of special concern, a sign of belonging, a mantle of grace, love, and peace.

In the Irish context, we know that the Rosary and the Brown Scapular were the two most popular devotions among Catholics during times of persecution. There is abundant evidence to show a widespread devotion to the Brown Scapular during the Penal Days.  Even near the Carmelite church at Whitefriar Street, Dublin, within a stone’s throw of Dublin Castle, a monthly procession in honour of Our Lady of Mount Carmel took place.  In difficult times Irish people, through devotion to the Brown Scapular, felt Mary’s presence with them and placed themselves under her protection. 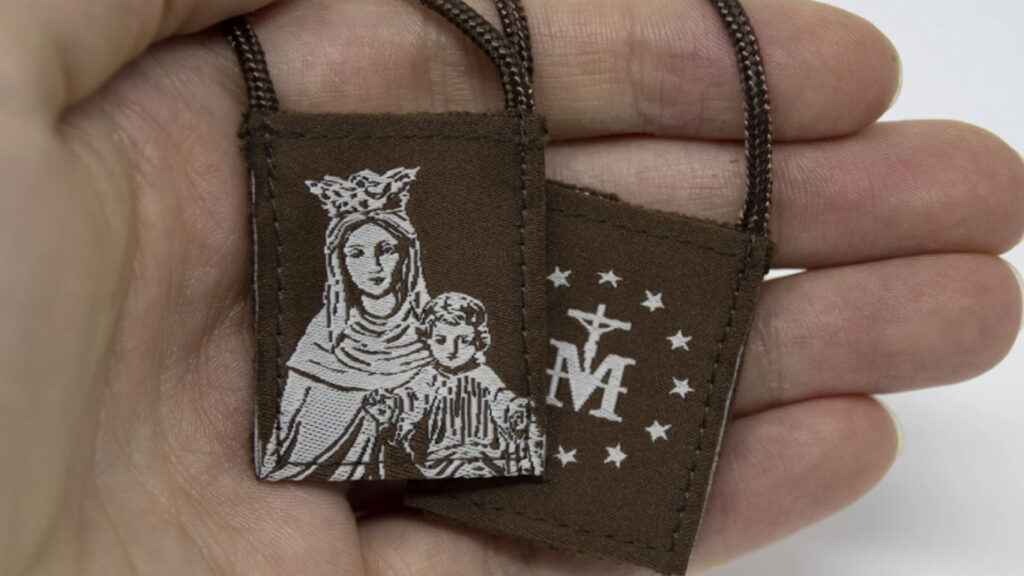 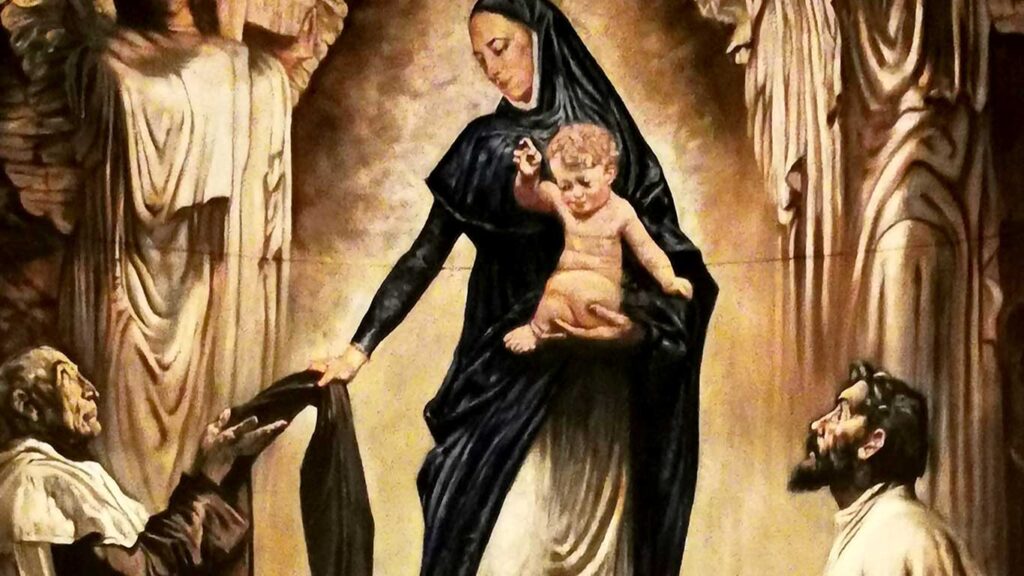 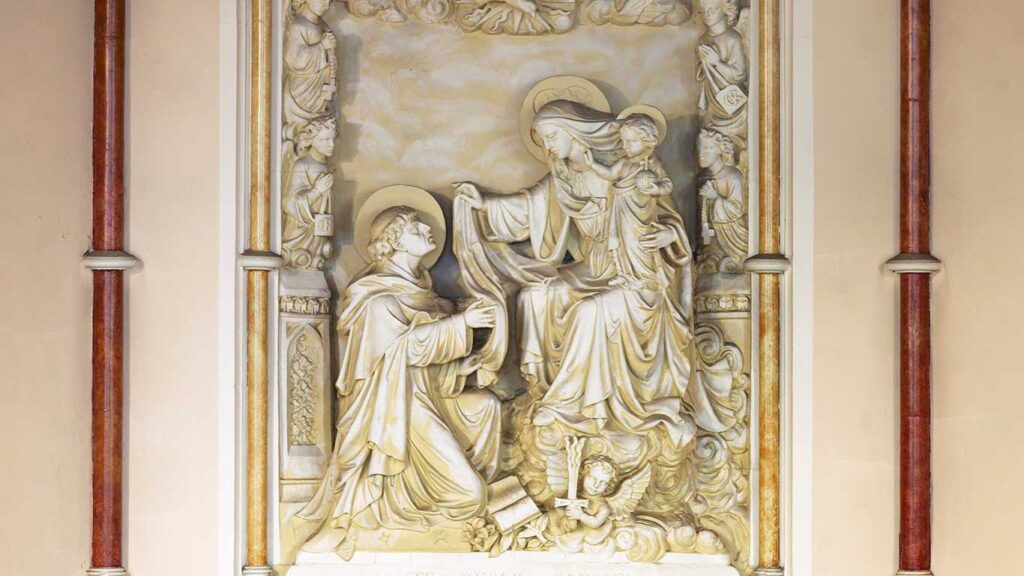 The Carmelite Scapular is not a magical charm to protect you, or an automatic guarantee of salvation, or an excuse for not living up to the demands of the Christian life. The Scapular holds us to live as authentic Christians, in line with the teaching of the Gospel, to receive the sacraments, to profess our special devotion to the Blessed Virgin, which should be expressed each day, at least by saying the Hail Mary three times.

In summary, the Brown Scapular of Our Lady of Mount Carmel is a sign which:

A Prayer on Putting on a Scapular (from the Irish tradition)

In the name of the Father who is in heaven

and of the Son who suffered the passion,

the Holy Spirit who strengthens me

and the Glorious Virgin who is my guide.

may the cross of the nine angels be from sole to head,

the Scapular of Mary round us,

and behind us the sins of the world.

To receive a free Brown Scapular with prayer leaflet, please email info@carmelites.ie with  the words ‘Scapular Request’ in the subject line and giving your name and full postal address – including the country the Scapular is to be sent to – in the email. Your contact information will only be used for the stated purpose.