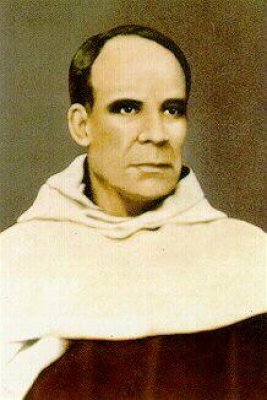 Born in Aytona, Lerida, on December 29, 1811, Blessed Francis Palau y Quer entered the Order in 1832 and was ordained priest in 1836. Civil turmoil forced him to live in exile and outside his community. On his return to Spain in 1851, he founded his “School of Virtue” – which was a model of catechetical teaching – at Barcelona. The school was suppressed and he was unjustly exiled to Ibiza (1854-1860) where he lived at El Vedrá in solitude and experienced mystically the vicissitudes of the Church. While in the Balearic Islands he founded the Congregations of Carmelite Brothers and Carmelite Sisters (1860-1861). He preached popular missions and spread love for Our Lady wherever he went. He died at Tarragona on March 20, 1872, and was beatified by Pope John Paul II on April 24, 1980.
Prayer
O God,
through your Spirit
you filled Blessed Francis your priest with singular gifts of prayer and apostolic charity;
through his intercession
grant that Christ’s beloved Church,
refulgent with the beauty of the Virgin Mother Mary,
may be an ever more effective
universal sacrament of salvation.
We ask this through Christ, our Lord.
Scripture Readings
Revelation 21:9-14; Gospel – Mark 16:15-20.
Texts taken from the “Carmelite Proper of the Liturgy of the Hours,” Institutum Carmelitanum, Rome: 1993.
Image courtesy of the Carmelnet webmaster, U.S.A.