In the Basilica of St. Peter’s Rome, there is a statue of the prophet Elijah with the inscription, ‘The entire Carmelite Order erected this statue to its founder.’ The statue faces Saints Dominic, Benedict, and Francis of Assisi. There was controversy before and after the erection of the fine statue by Cornacchini in 1727: many denied the truth of the claim of Carmelites that Elijah was their founder, in the sense of the other thirty seven figures in St. Peter’s.

Today Carmelites would not see their Order going back in an historical line to the prophet who flourished more than 800 years before Christ. But there are spiritual links. The first Carmelites venerated the prophet, and established themselves near the fountain called Elijah’s on Mount Carmel. Moreover they saw their life as in spiritual succession to that of the prophet.

Elijah was one of the greatest of the prophets; he appeared with Moses at the Transfiguration (Luke 9:28-36); many people at the time thought that John the Baptist and also Jesus might have been Elijah returning as promised in the Old Testament (Malachi 4:5-6; see Sirach 48:1-11).

The history of Elijah is found in (1Kings 17 – 2Kings 2). There we find a complex figure that has attracted the contemplation of Carmelites over the centuries. There are dramatic movements as when he proclaimed a drought in Israel and conquered the prophets of Baal (1Kings 17-18); he was a loyal prophet speaking the word of God. He successfully outwitted the evil King Ahab and his wicked wife Jezebel. He was a protector of the poor, the widow of Zaraphat (1Kings 17:8-24); he condemned the murder of Naboth planned by the queen and proclaimed God’s judgement against them (1Kings 21). 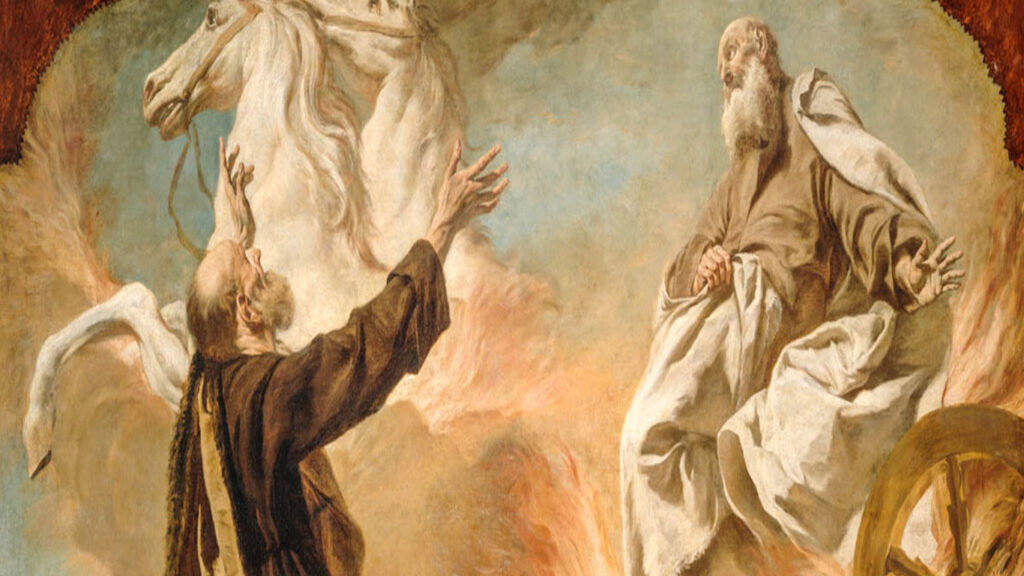 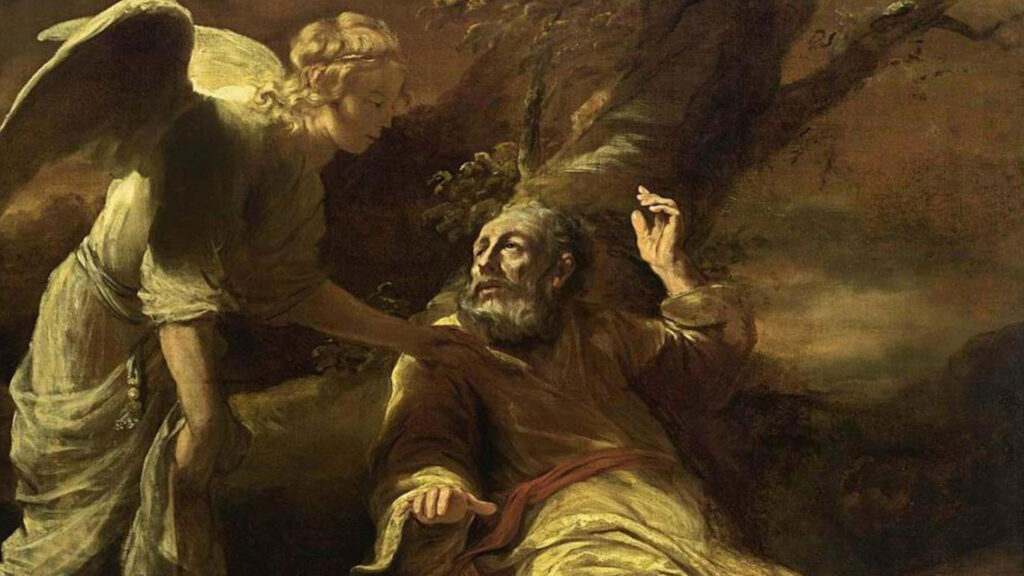 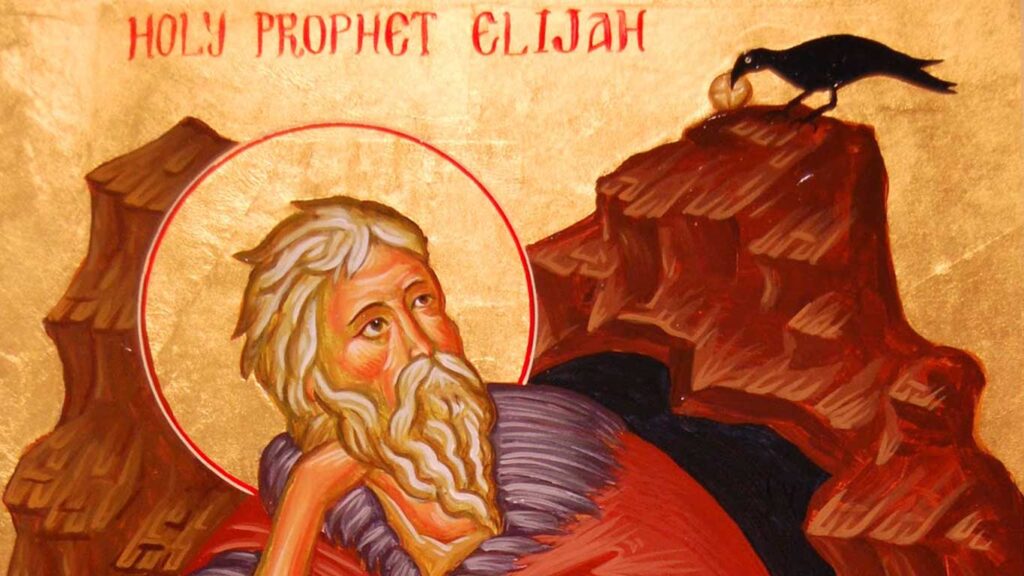 But he was also frail and lapsed into discouragement and self-pity, until restored by God in the vision upon Mount Horeb (Sinai). He was strengthened by an angel who fed him so that he could walk to the holy mountain. When he arrived there he complained to God that he had been forsaken, even though he could say, “I have been zealous for the Lord God of hosts” (1Kings 19:10 – these words later became the motto of the Carmelite Order). God surprised him not by an appearance in a great wind, earthquake or fire, but in the sound of sheer silence (1Kings 19:11-14). He resumed his prophetic ministry and some time later he was taken up into heaven in a fiery chariot, leaving behind his disciple Elisha to continue on as prophet.

At different times in its history the Carmelite Order has looked to one or more aspects of the prophet’s life: he is active and contemplative; one who heard and spoke the word of God; a friend of the dispossessed. The Constitutions in 1995 gave a fine summary of what Elijah means to the Carmelite Order today.

‘In Elijah we see the solitary prophet who nurtured his thirst for the one and only God, and lived in his presence. He is the contemplative, burning with passionate love for the Absolute who is God, “his word flaring like a torch” (Sirach 48:1). He is the mystic, who after a long and wearisome journey, learned to read the new signs of God’s presence. He is the prophet who became involved in the lives of the people, and who, by battling against false idols, brought them back to faithfulness to the Covenant with the One God. He is the prophet who was in solidarity with the poor and the forgotten, and who defended those who endured violence and injustice.  From Elijah, Carmelites learn to be people of the desert, with heart undivided, standing before God and entirely dedicated to his service, uncompromising in the choice to serve God’s cause, aflame with a passionate love for God. Like Elijah, they believe in God and allow themselves to be led by the Spirit and by the Word that has taken root in their hearts, in order to bear witness to the divine presence in the world, allowing God to be truly God in their lives. Finally, in Elijah they learn to be channels of God’s tender love for the poor and humble.’ Carmelite Constitutions (1995) 26